Speaker Prof. Gerard’t Hooft is a theoretical physicist and professor at Utrecht University, the Netherlands. He shared the 1999 Nobel Prize in Physics with his thesis advisor Martinus J. G. Veltman “for elucidating the quantum structure of electroweak interactions“. His work concentrates on gauge theory, black holes, quantum gravity and fundamental aspects of quantum mechanics. His contributions to physics include a proof that gauge theories are renormalizable, dimensional regularization, and the holographic principle.

The most basic forms of matter, as well as the forces acting on them and the rules according to which they move, are all determined by quantum theory, in combination with Einstein’s relativity theories. Among these forces is the so-called weak force, which forms a unity with the strong and the electro-magnetic forces, while the gravitational force is more difficult to incorporate. Particles can only move in steps, the quanta, and the rules for this are difficult to comprehend; they sometimes look like magic. Quantum magic has all sorts of applications, from extremely accurate clocks to novel materials and novel ways for doing computations. Our world is already strongly affected by quantum techniques, and this may well increase in the future. 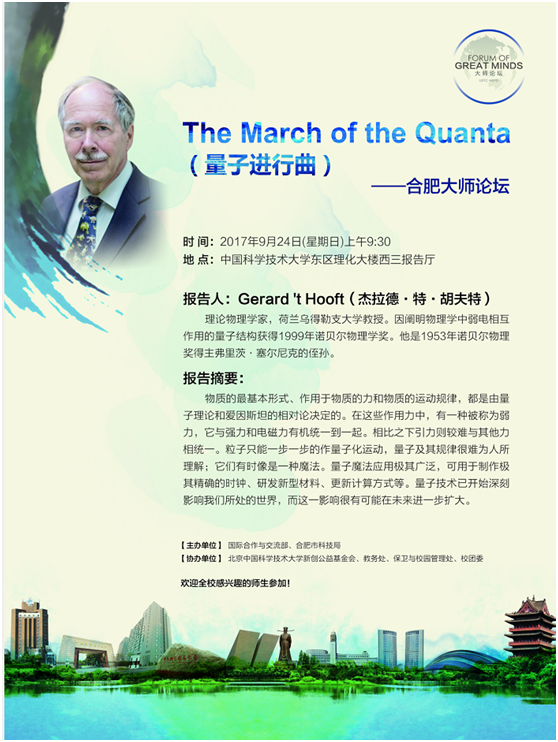