The Recent Progress on A Spin-orbit Coupled Mott Insulator


A central theme in condensed matter physics is to observe and understand the exotic quantum phenomena in doped Mott insulators. A famous example of doped Mott insulators is the cuprate high-temperature superconductors. In cuprates, there are three important players – the pseudogap, d-wave superconductivity, and electron-boson coupling. The pseudogap phase is intertwined with d-wave superconductivity as either a competitor or a precursor. The electron-boson coupling has been widely recognized as the pairing glue for realizing superconductivity. Recent experiments have further revealed an interacting loop between these three players. In this sense, the observation and understanding of these three key players are very important in the study of cuprate high-temperature superconductors.

The spin-orbit coupled Mott insulator Sr2IrO4 is very similar to the cuprates. Theoretically, it can be described by the same minimal model as that for the cuprates. Therefore, it is natural to ask whether or not the exotic quantum phenomena observed in the cuprates can also be seen in this system. Interestingly, both the pseudogap and d-wave gap have been revealed in electron-doped Sr2IrO4. 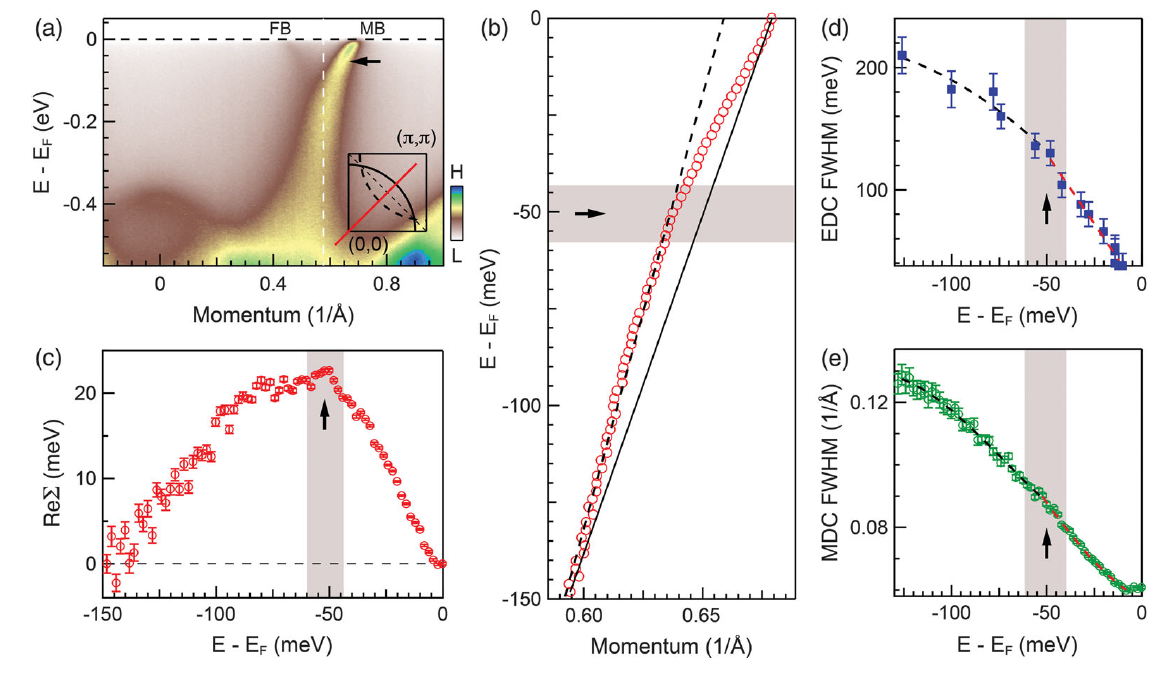 The researchers, led by Prof. J.-F. He, performed high resolution ARPES measurements on electron-doped Sr2IrO4 and observed the third key player – electron-boson coupling. These results provide the first noncuprate platform for exploring the relationship between the pseudogap, d-wave instability, and electron-boson coupling in doped Mott insulators.

Dr. Yong Hu (postdoc research fellow at USTC) and Dr. Xiang Chen (University of California, Santa Barbara) contributed equally to this work. Prof. He at USTC is the corresponding author. The work at USTC was supported by the USTC start-up fund.